In our last blog  we revealed Valorplate Shards – a brand new feature that lets you truly live out your ultimate Valorplate power fantasies!

Valorplate Shards are powerful new abilities that are thematically tied to each Valorplate, setting their playstyles apart in fresh and exciting ways.

We’ve been thrilled to see the excitement and discussion from the initial reveal which is why we’re happy to be back with a new blog post to cover some of the more nuanced mechanics behind Valorplate Shards.

The best part about the Valorplate Shards? You’re not locked into just one option! While players may want to gravitate towards only using the strongest options to optimize their builds, they will also be able to mix and match their favorite two shards to create unique and godlike synergies. We want players to be able to express themselves and find their own unique playstyle preference by being able to use multiple Shards. 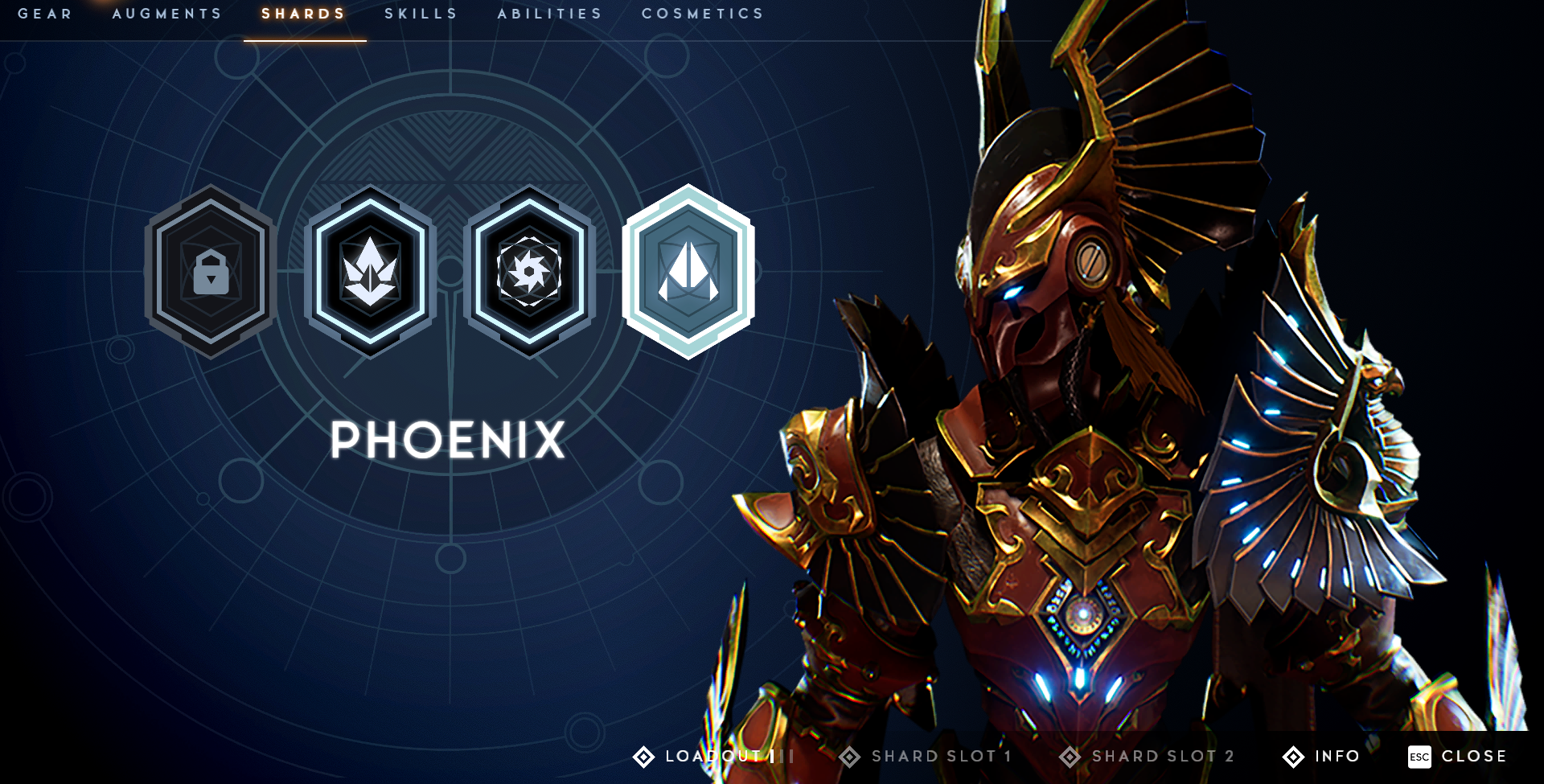 The other major feature we are introducing today is the ability to power-up your Valorplate through its Shards. As you progress in your journey through Aperion, obtaining and then upgrading all Valorplate Shards will also affect the strength of the Valorplates themselves. Here’s how it will work:

After obtaining all four Shards for a Valorplate, it will become an Ascendant Valorplate and unlock a second passive ability – giving it a new useful power in combat.

Obtaining the Shards is just the beginning, as each individual Shard can be upgraded five times to increase its power! Fully upgrading all 4 Shards for a Valorplate will unleash its full potential as it becomes an Exalted Valorplate, unlocking a third and final passive ability.

As a reminder, please note the information (the numbers, visuals, or descriptions) are not final and subject to change before the update goes live.

Now let’s take a look at this blog’s set of Valorplate Shards and new passive abilities!

Way of the Phoenix

Soul of the Inferno

Way of the Shell

Way of the Storm

Will of the Unbroken

Way of the Bull

We hope you enjoy theorycrafting new builds with the set of Valorplate Shards shared in this blog. We hope you join us on Reddit to discuss these upcoming changes with our community!

There’s also one last exciting piece of news we want to share with our community and some larger details on the update itself. We are happy to confirm that this update will be called the ‘Exalted Update’ and will be free to every user of Godfall, regardless of the version you own (Challenger, Base game, Deluxe, or Ascended). Additionally, we are currently targeting a deployment of this update in April!

We still have one more blog lined up to reveal the final details on Valorplate Shards, including how to unlock them so stay tuned for more information! We’re thrilled and humbled to have the community along for the ride and we can’t wait to reveal more details in the near future.