FRISCO, Texas – July 14, 2022 – Grab your flashlight and prepare for adventure in an ever-changing mansion full of mysterious creatures! Following an illuminating unveil at PAX East and a successful showcase at Steam Next Fest, Gearbox Publishing and Under the Stairs are excited to announce that Eyes in the Dark: The Curious Case of One Victoria Bloom is now available worldwide on Steam and the Epic Games Store for $14.99.

“Eyes in the Dark started as a personal journey to create a game that pushed the boundaries of the roguelike genre – the end result has been a dream come true,” said Vladimir Bogdanić, Director at Under the Stairs. “The incredibly talented team here at Under the Stairs can’t wait for everyone to flip on their flashlights, load up their slingshots, and begin their adventure with Victoria through Bloom Manor.”

Players control Victoria Bloom, a young girl searching for her grandfather who’s lost somewhere in Bloom Manor, the family home that has been overrun by darkness. The rogue-light adventure game is the first commercially available title from Croatian studio Under the Stairs, brought to market through Gearbox Publishing.

“Our team here at Gearbox Publishing was ecstatic to collaborate with Under the Stairs and help them deliver their first full-length game to a global audience,” expressed Steve Gibson, President of Gearbox Publishing. “Eyes in the Dark is one of those delightful platformers that you don’t want to stop playing – everywhere you look, you see the studio’s creativity shine through. Congratulations to Under the Stairs for a wonderful achievement in game making.” Key features of Eyes in the Dark include:

· An Ever-Changing Mansion: Don’t expect a house tour when you arrive, because the arrangement and contents of Bloom Manor change with every run. When entering new areas, players can choose between increasing their power or increasing the difficulty of the run, tailoring each playthrough with every decision.

· A Powerful and Surprising Arsenal: As you make your way through Bloom Manor, be sure to grab and utilize all of items and upgrades to mix up the combat mechanics. Keep an eye out for the light-spreading Shotgun Bulb or Matches that set your enemies ablaze – items like these have unique effects that you can utilize by trying different combinations and setups.

· Face the Darkness: Players will find that the Bloom family past casts a guiding light for Victoria’s future. By completing quests and fighting off monsters, players unlock secrets about the eccentric Bloom family that could come in handy as they delve deeper into the manor.

To celebrate the launch of Eyes in the Dark, Gearbox Entertainment teamed up with Mag Instrument, the manufacturer of the MAGLITE® flashlight, to produce a limited-edition flashlight using the game’s iconic art style. These flashlights (along with other uniquely branded items) will be sent to a few lucky fans – more information can be found on Twitter. 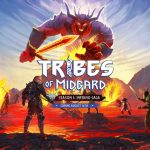 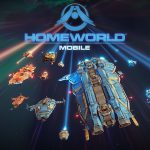