Publishing Blog 8: Blog of the Furious

Phew, we made it! April was a wild month for the Publishing department, as everyone was heads down working on a variety of projects both ongoing and new. The Games Critics Awards and E3 are around the corner, and we’re working hard to make sure that we’re prepared for those on top of everything else we’ve got going on. Read on to find out what we’ve been up to!

I’m cheating a little bit this month. This actually happened in the beginning of May, but it was so cool, it overrode my original April entry, and here we are!

We just wrapped on a shoot for a couple of pieces of video content that’ll be coming out this summer that I’m super excited about. You might be able to guess which game they’re for, based on the timing, and the fact that they’re a bit out there, weird, and creepy. I don’t want to spoil too much, but here are a couple of behind-the-scenes photos. 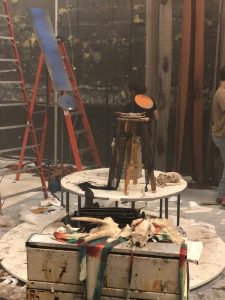 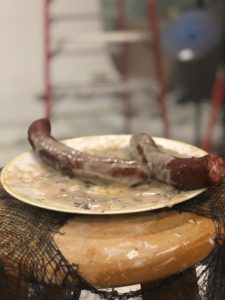 Favorite quote of the shoot: “So, uh… what do you want me to do with these sausages? …just throw them at him?”

Hey gang, how’s it going? Happy May the Fourth!

Gosh, April sure went by fast! This was a bit of a quiet month for our publishing titles, socially speaking. We’re getting ready to ramp up marketing for We Happy Few, and a lot of time was spent planning how that’s gonna shake out! We did do a couple fun posts, however, like an April Fool’s video compilation, and a #NationalSiblingsDay post featuring player character Arthur and his brother Percy.

Outside of social stuff, I worked with Austin, Jeff, and Elisa on some marketing outlines for upcoming Publishing titles! It’s important to plan your campaigns out as far in advance as possible, so I made sure to add my social needs to the outlines. That way no one is blindsided by asset deadlines!

April was a crazy month for me and probably every other PR person in the games industry. “Why”, you ask?

Well that’s because E3 is just a few months away, and discussions on what to reveal, who to reveal it with and when we want to reveal it have already begun!

These discussions all start with the first major moment for E3, which actually happens about a month earlier at the Game Critics Awards. There are two goals for this week-long event:

This event is basically a week-long tour for press to go from one venue to the next, previewing games from various publishers. A lot of time, the game previews during the Game Critics Awards will be held secret until E3, but by no means is that a strict rule. So be on the lookout for some game announcements/previews as early as mid-May!

Hey there! I’m Elliot, one of our publishing producers. I wear a lot of metaphorical hats in this role, but the hat getting the most use lately is ratings.

To be able to sell a game in a given region, we must first get it rated by that region’s recognized ratings board. For North America, that’s the Entertainment Software Rating Board (ESRB). For most of Europe, it’s the Pan European Game Information (PEGI)- except Germany, which uses the Unterhaltungssoftware Selbstkontrolle (USK). Brazil, Japan, South Korea, Taiwan, and Singapore all have their own boards as well, although that’s not an exhaustive list.

Some countries have systems that piggyback on larger boards; like Ireland, where games rated PEGI-18 must be approved by the Irish Film Classification Office, but can then be sold with the PEGI rating; and New Zealand, where games rated MA15+ or R18+ in Australia must be rated by the Film and Video Labelling Body, and are then assigned an FVLB rating of R13, R15, R16, or R18. Mexico has, until now, used ESRB ratings, but is rolling out a system in which games are re-labelled with equivalent, Mexico-specific ratings, ranging from AA to D.

So what does that mean for Gearbox Publishing? Well, as the release of We Happy Few approaches, we’re shoring up our ratings there. We’ve heard back from DJCTQ in Brazil (18+), USK (16+), and FVLB (R13). PEGI, ESRB, COB (Australia), and CERO (Japan) ratings are currently ongoing, to name a few, but we expect to receive PEGI-16, ESRB M, and COB R18+ (hence why we applied for an FVLB rating already). CERO is a little trickier, as they have less of a strict guideline developers and publishers can refer to, and rate more on a case-by-case basis.

We’ve also got ratings for some other titles in flight, but I’m not sure how much I’m allowed to talk about there, so I’ll keep all that under my hat (callback!) for now.

This month, I attended a conference at Sony’s San Mateo campus, which was really exciting! I met a bunch of amazing people from other software developers and publishers, as well as all the great people at Sony. While it might sound cheesy, all these people were there to make and distribute great games that bring joy to folks like me and you! It was a surreal experience.

That wasn’t the only thing I did though! I learned more about my position and the processes I must follow to ensure the game gets to your hands. A couple of the things I learned were how to get pre-orders set up, as well as information regarding requesting the Vouchers that appear in game boxes. It’s amazing how many people are involved in these processes to get things working! Overall, I had a great experience and hope it is one I may have again soon!

Hi, everyone! The User Research Team spent most of April conducting another long-term user test for We Happy Few; see our previous update on these tests for more info about our methods.

This time around we had play test interns in our lab for two weeks, and they played through and provided feedback on the entire game! Overall the play test was successful, and we are continuing to work through the data we collected during the test. Our partners at Compulsion also hosted four fantastic group discussions with our play testers over those two weeks.

We anticipate additional testing for We Happy Few in the coming weeks to help provide more coverage and data on certain areas of the game.

This Saturday, May 5 we will be attending a Free Comic Book Day event as guests at a local north Dallas store called Madness Games & Comics; for the past few years Gearbox Software & Publishing has appeared at this event to sign games and swag, chat with fans, and recruit people for our play testing program. If you live in the north Dallas area, come say “hi” this weekend!

Most of May will be spent collecting data on a variety of projects. We look forward to updating folks again soon! 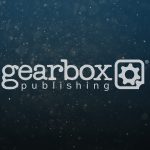