Early access was announced on March 28th, during the Gearbox Main Theater Show at PAX East 2019!

Since then, we’ve received thousands of positive messages from fans and press!

It appeared in a TIME article: “5 Video Games You’ve Never Heard Of But You Should Be Playing”

“The longer a player survives and the more they explore, the more they’ll unlock new character classes, weapons, abilities, and information. The game world resets with every death, but unlocked character classes stick around between runs — so even when you die, you’re always progressing.”

“What I find most stunning is how well Risk of Rain gameplay translates to 3D in Risk of Rain 2. The core mechanics of the franchise remain untouched. It’s still a brutally difficult multiplayer action game where dozens of enemies fill the screen with a mash of laser blasts and fireballs.”

“Both the Steam description for Risk of Rain 2 as well as some of its early (and universally positive) Steam reviews indicate that the sequel is trying to capture the gameplay of the original as close as possible, just in a 3D space.”

As IGN mentioned, Risk of Rain 2 is showing Overwhelmingly Positive reviews on steam:

“Risk of Rain 2 dangerously skirts “must own” even on day one of early access. A very, very good sequel that ups the ante of its parent in every single way.” -Auburok (who Steam says has played for 21 hours in two days, which is really the best response we could receive!)

“I played 8 and a half hours in one day, so yeah it’s alright” -Awmax

” Gunplay feels slick, snappy, and the abilities complement one another, making for a perfect formula for mayhem. Using terrain adds another layer of dimension to combating enemies. Discovering new items and experimenting with them is extremely fun. And using them on enemies is even better.” -Spaceking Viking 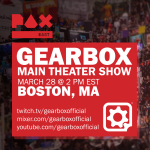 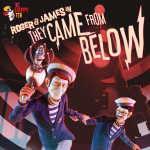 They Came From Below, the first DLC for We Happy Few launches today!Uncategorized, We Happy Few