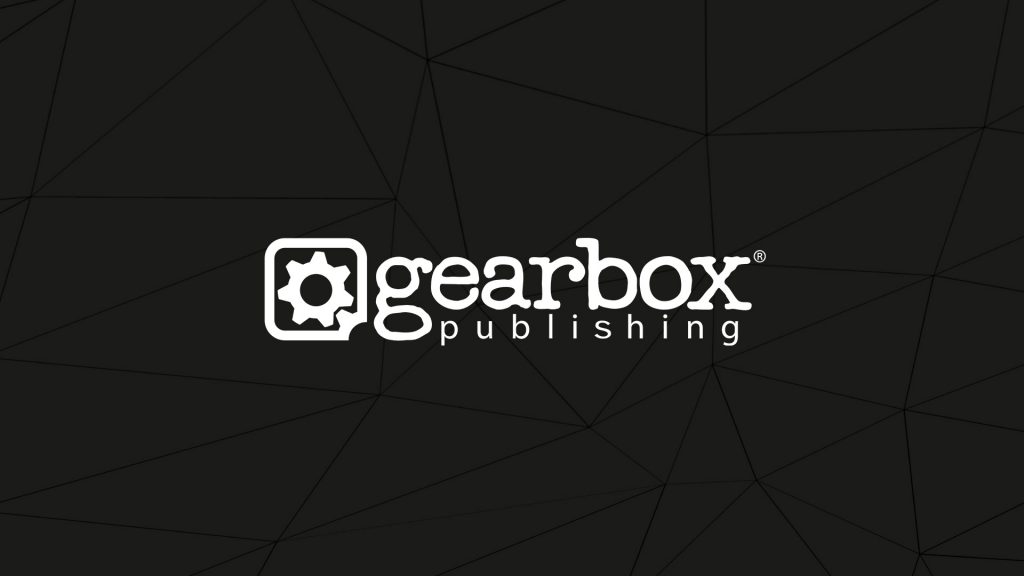 Frisco, Texas – August 30, 2019 – Gearbox Publishing announced a slew of additions and updates for its roster of games on stage at PAX West, including the debut announcement of Homeworld 3, a Risk of Rain 2 surprise-launch on consoles, and additional information on Borderlands 3 end game content.

At Gearbox’s Main Theater Show at PAX West there was another announcement for a major third installment to a critically acclaimed franchise. Gearbox Publishing together with Blackbird Interactive (BBI) announced that Homeworld 3 is now in pre-production 20 years after the first installment. They are kicking off the production process through a Fig campaign with a $1 funding goal, allowing longtime Homeworld fans to invest and participate in the success of the title.

The project is in its early stages with only a few months into pre-production. The campaign will allow longtime Homeworld fans to become investors in Fig and participate in the game’s future success. Additionally, investments and pledges will provide a chance to tell the developers what they expect of Homeworld 3 via a backer-only survey. This survey would include things such as its features, priorities, and even what the collector’s edition will include.

Risk of Rain 2 Now Available on Nintendo Switch™, PlayStation®4 and Xbox One

During Gearbox’s Main Theater Show at PAX West, Hopoo Games and Gearbox Publishing today made the surprise announcement that Risk of Rain 2 is now available on Nintendo Switch™, PlayStation®4 and Xbox One for $29.99. Starting today, console players can download Risk of Rain 2 and join the community of over one million PC players in the game’s signature co-op chaos from the comfort of their couches.

Gearbox Publishing and Hopoo games worked with PlayEveryWare to port Risk of Rain 2 to the multiple consoles and will continue their partnership for each of the content updates. Currently, Risk of Rain 2 on consoles includes the Scorched Acres update which offers the Scorched Acres stage, Survivor REX and The Grovetender boss along with more items and equipment. Players can also look forward to a new content update rolling out on consoles every season up through Summer 2020. These updates will include a mix of new Survivors, bosses, stages, items, and many more surprises.

You can find more information about Risk of Rain 2 on Twitter, Facebook and the Hopoo Games DevBlog.

Bulletstorm: Duke of Switch Edition Out Today For The Nintendo Switch™

People Can Fly and Gearbox Publishing are pleased to announce Bulletstorm: Duke of Switch Edition as the critically-acclaimed shooter comes to the Nintendo Switch™.

Bulletstorm: Duke of Switch Edition is now available for digital purchase on the Nintendo eShop™ for $29.99.

Developed separately by Stratosphere, Homeworld Mobile (title pending) extends Homeworld to a new galaxy and a new platform. Fans who back Homeworld 3 on Fig will get guaranteed priority access to Homeworld Mobile.

Astroneer is coming to PlayStation®4

Announced at the Gearbox Main Theater Show, System Era Softworks is bringing the beloved sci-fi sandbox adventure game, Astroneer, to the PlayStation®4 on November 15, 2019. PlayStation®4 players can now join in the fun of exploring and reshaping distant worlds, working together to build custom bases and vehicles, and using terrain to create anything they can imagine.

System Era also provided a sneak peak of the upcoming Exploration Update, which seems to include a jetpack for players to use.

Find out more soon at https://astroneer.space/

Gearbox revealed a teaser for the next DLC for We Happy Few. We All Fall Down, the final chapter of We Happy Few’s story is coming soon. The DLC seems to revolve around Victoria Byng, the iconic character who helped introduced to the fans to the iconic phrase “Have you taken your Joy?” back in 2016.

This DLC and the previous two are part of the We Happy Few Season Pass for $19.99 or individually for $7.99.

From Squanch Games and the co-creator of Rick and Morty comes Trover Saves the Universe! The acclaimed comedy action game is on sale now for PlayStation 4 and PC, with free new DLC coming October 8.

Gearbox also announced during its panel that Borderlands 2 VR on PlayStation 4 is getting the Bad Ass Mega Fun (BAMF) DLC pack for free on September 6, containing a whopping 16 pieces of DLC content from Borderlands 2. Now you can fully immerse yourself in VR versions of the DLC campaigns Captain Scarlet and Her Pirate’s Booty, Mr. Torgue’s Campaign of Carnage, Sir Hammerlock’s Big Game Hunt, and Tiny Tina’s Assault on Dragon Keep. You can also play the Mechromancer and Psycho classes, take on all five Headhunter DLC packs and the Creature Slaughter Dome, and equip the goodies of both Ultimate Vault Hunter Upgrade Packs plus the Vault Hunter Heads and Skin packs. Those of you who can’t wait to experience Borderlands 2 VR on PC won’t have to wait long, as Borderlands 2 VR is coming to PC this Fall, including the base game and all its DLC in one glorious bundle.

Borderlands 3 only gets bigger once you’ve finished the main story missions.

Even after you’ve traveled the galaxy, eliminated countless enemies, and finally finished Borderlands 3‘s story campaign, your quest for the best loot is only just getting started. The Gearbox Main Theatre Show at PAX West sheds more light on Borderlands 3’s endgame which includes, the return of True Vault Hunter Mode, Guardian Rank, which is an evolution of the Badass Rank mechanic introduced in Borderlands 2, and introduces the new Mayhem Mode which provides gameplay changing randomness to the Borderlands experience. When you combine Mayhem Mode, True Vault Hunter Mode, and Guardian Rank progression with the highly replayable Proving Grounds and Circle of Slaughter arenas, Borderlands 3’s endgame has a lot to offer.

*Due to the videos not being approved for all ages by the ESRB, please note the following message:

About People Can Fly
People Can Fly is a video game developer established in February 2002 and based in Warsaw, Poland. The studio made its mark on the shooter genre with its award-winning Painkiller series of games for PC and Xbox prior to shipping Epic’s Gears of War for PC. People Can Fly is known for recent titles such as Bulletstorm: Full Clip Edition (launched on April 7, 2017), Gears of War: Judgment (published in 2013) and Bulletstorm (an original, Unreal Engine 3-powered onslaught of ‘kill with skill’ gameplay and blockbuster moments published in 2011.) and is currently working on its new game – a AAA shooter based on a brand new IP.

About Squanch Games
Squanch Games was founded in 2016 by Justin Roiland and Tanya Watson. Their mission is to make stuff that people love. Games they want to play themselves and be totally immersed in and enjoy for hours at a time, as well as shorter, crazier experiences to play in hilarious bursts with friends. For more information, visit http://www.squanchgames.com.

About Gearbox Publishing
Founded in 2016, Gearbox Publishing was established with the goal of helping developers around the world bring their products to market while retaining their unique creative visions. The mission began with the critically-acclaimed Homeworld Remastered Collection for PC, and have since been followed by many partnerships that include Compulsion Games’ We Happy Few, Hopoo Games’ Risk of Rain 2, Epic Games’ Fortnite, tinyBuild’s Hello Neighbor ̧ and People Can Fly’s Bulletstorm. Gearbox Publishing continues to remain committed to its mission to entertain the world and become the most developer-friendly publisher in the industry. Learn more at https://www.gearboxpublishing.com.