In addition to Godfall’s core content, which saw players adventuring across three sprawling realms and helping exalted knight Orin defeat his corrupted brother, Macros, the game received a large variety of new content and quality-of-life enhancements throughout its first year.

Godfall’s next free update, Lightbringer, released on August 10th, introduced more of everything: 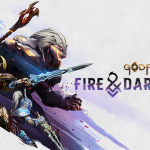