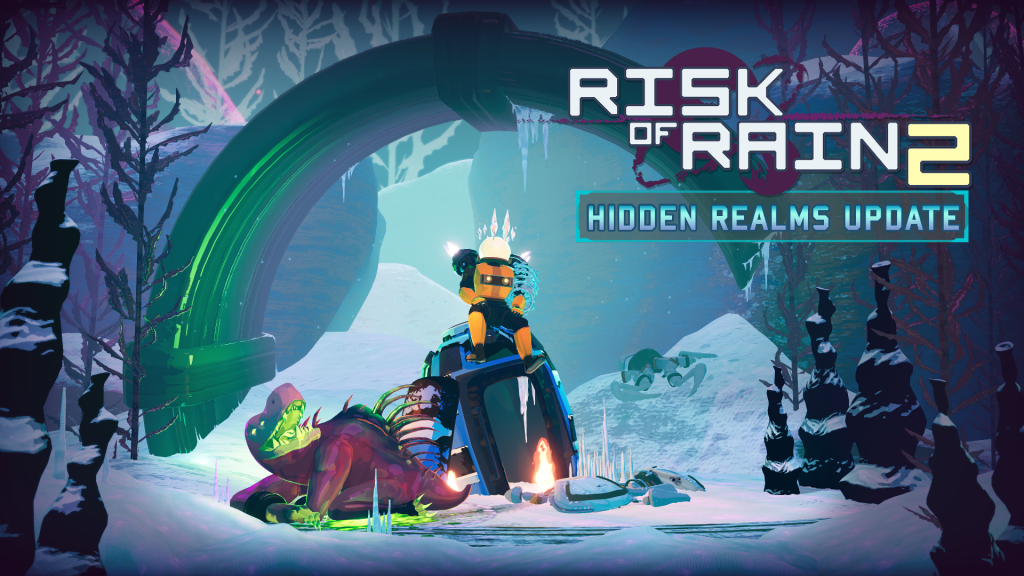 FRISCO, Texas – Dec. 17, 2019 – Hopoo Games and Gearbox Publishing today released the Hidden Realms Update for Risk of Rain 2 on Steam Early Access. Players can unlock and assume control of a new Survivor, Acrid, a melee-range hybrid who uses powerful poisons to melt tanky enemies. The Hidden Realms Update also introduces two new hidden realms, alternative layouts, more adversaries, and even more loot along with changes suggested by the community. The update is free for all owners of Risk of Rain 2 on Steam Early Access.

Risk of Rain 2, developed by Hopoo Games and published by Gearbox Publishing, is a third-person roguelike shooter that earned over one million sales within its first month in Steam Early Access and  Steam Awards nomination in 2019. Squad up with up to three friends in Risk of Rain 2 on Steam Early Access, Xbox One, PlayStation®4, and Nintendo Switch™ today.