BULLETSTORM: DUKE OF SWITCH EDITION OUT TODAY FOR THE NINTENDO SWITCH™ 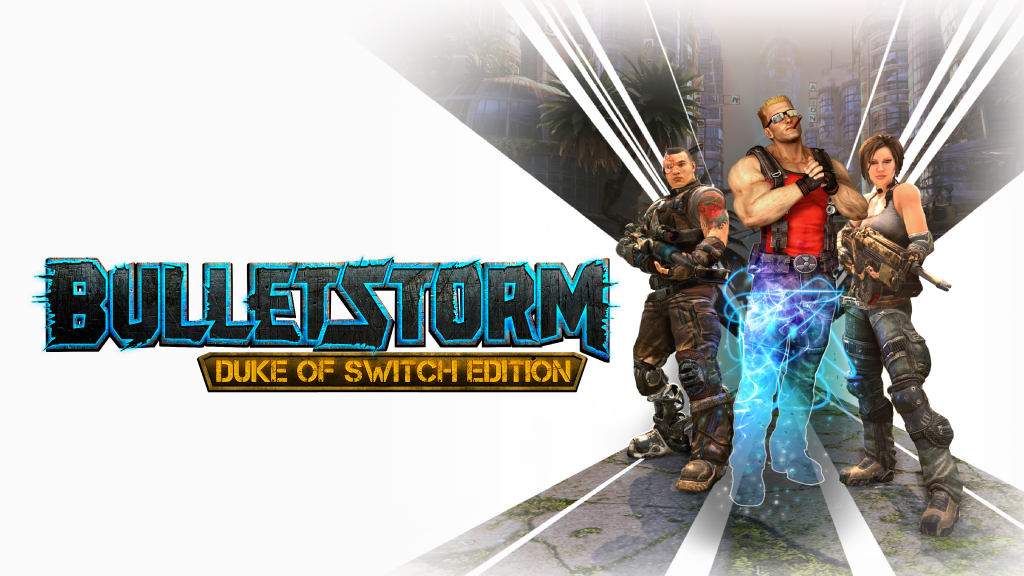 (PAX West) Frisco, TX– August 30, 2019 – People Can Fly and Gearbox Publishing are pleased to announce Bulletstorm: Duke of Switch Edition as the critically-acclaimed shooter comes to the Nintendo Switch™ today. Battle your way through throngs of Stygia’s less than hospitable hosts, performing masterful kills throughout the single-player campaign using Bulletstorm: Duke of Switch Edition’s unique Skillshot system that rewards you for executing the most creative and deadly kills imaginable.

Step into the boots of Grayson Hunt, an exiled member of the elite assassin group Dead Echo, after a battle with his former general sends them both crash landing on the abandoned resort planet of Stygia. Grayson must brave the wasteland on his way to confronting the man that once ordered him to do the unthinkable. Will he get his team out alive? Or will he finally quench his thirst for revenge?

Bulletstorm: Duke of Switch Edition also includes the Duke Nukem’s Bulletstorm Tour add-on which allows you to play through the entire Bulletstorm campaign as Duke Nukem, the original FPS action hero, featuring brand-new lines from the original voice of Duke!

Bulletstorm: Duke of Switch Edition is now available for digital purchase on the Nintendo eShop™ for $29.99.

*Due to the videos not being approved for all ages by the ESRB, please note the following message:

About Gearbox Publishing
Founded in 2016, Gearbox Publishing was established with the goal of helping developers around the world bring their products to market while retaining their unique creative visions. The mission began with the critically-acclaimed Homeworld Remastered Collection for PC, and have since been followed by many partnerships that include Epic’s Fortnite, Compulsion Games’ We Happy Few, and Hopoo Games’ Risk of Rain 2. Gearbox Publishing continues to remain committed to its mission to entertain the world and become the most developer-friendly publisher in the industry. Learn more at https://www.gearboxpublishing.com.

Save & Accept
Homeworld 3 Announced for the Franchise’s 20th Anniversary
The Loader Returns to Risk of Rain 2 With New Features in Skills 2.0 Update