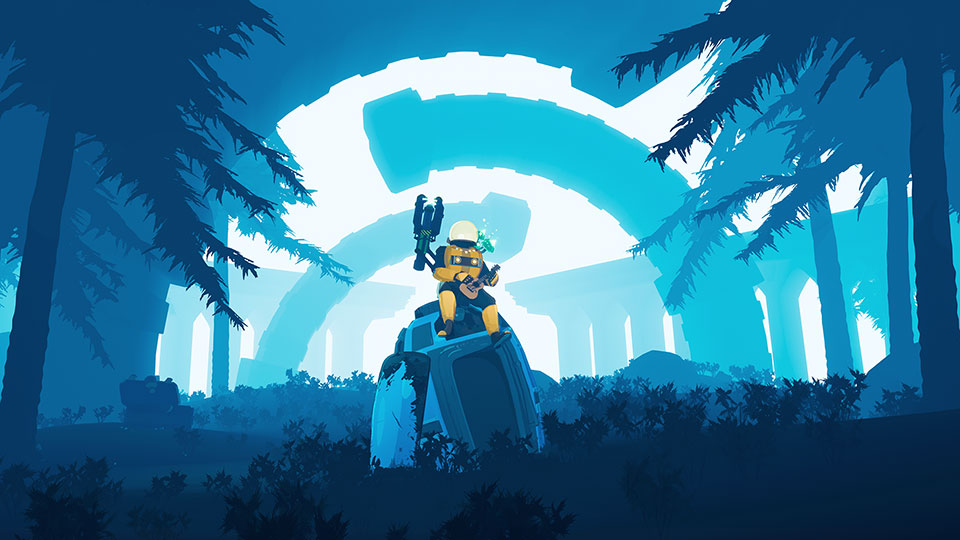 As part of an initial BOGO sale, nearly 150,000 players have invited their friends into the Risk of Rain 2 Community

FRISCO, Texas – Apr. 4, 2019 – Announced and launched into early access at Gearbox’s PAX East Main Theater Show, Risk of Rain 2 is panning out to be another success for developer trio Hopoo Games. The sequel to the beloved indie hit is set to cross half a million copies sold by the end of the weekend, welcoming nearly 650,000 players to the community thanks to the game’s initial BOGO sale. A part of that sale, approximately 150,000 players had the opportunity to bring another friend to the growing Risk of Rain community.

In a blog post from the developers, the Hopoo Games team addressed the initial reception of the title. “I just wanted to say from the whole team how absolutely floored we are with the reception so far,” shared Duncan Drummond, Co-founder of Hopoo Games. “I was personally hoping for something to match at least half of the original game: apparently we’re doing a LOT better. It’s absolutely surreal – thank you all again.” The game’s Discord channel has reached over 30,000 members, which is one of the sources they’re listening to for community feedback.

With the first patch having addressed initial community feedback, they now turn their sights to aligning on the early access roadmap. The plan is to deliver more content (characters, stages, bosses and items) and to make sure the game is super polished by the time it officially launches. This will include additional game features, platforms and localization, delivered as a mixture of larger content updates interspersed with patches and hotfixes. The cadence and content of these updates will be announced at a later time.

The sequel to the beloved indie hit that sold more than 3 million copies, Risk of Rain 2 brings 3D graphics and third-person shooter mechanics to the franchise while maintaining that classic co-op roguelike gameplay fans love from the original. Hopoo Games is working with fellow co-op shooter nerds, Gearbox Publishing, to make Risk of Rain 2 the best game of its kind.

“We’re pretty sure Paul and Duncan at Hopoo Games hunger to crush it,” says Steve Gibson, head of Gearbox Publishing. “A chance spotting by a family member at PAX has turned into a developer/publisher match that we can’t imagine being better. We’re thrilled that Gearbox Publishing can help bring more eyes to Hopoo’s masterful new entry to the roguelike genre. Gearbox Publishing will be doing all we can to support Hopoo getting Risk of Rain 2 to as many players as possible.”

Last week Hopoo Games and Gearbox Publishing announced their new partnership and that Risk of Rain 2 launched in early access on Steam. PC players can now download an early access version of the game for $19.99, with a full launch slated for later this year on additional platforms. Check out the early access launch trailer here: https://youtu.be/cRylDICoT1E

Gifs, logos, screenshots, and other resources for Risk of Rain 2 can be found here: https://gearboxsoftware.box.com/s/hemyidty9j1anfrlhk8sfansoaxvc6el

About Gearbox Publishing
Founded in 2016, Gearbox Publishing was established with the goal of helping developers around the world bring their products to market while retaining their unique creative visions. The mission began with the critically-acclaimed Homeworld Remastered Collection for PC, and have since been followed by many partnerships that include Epic’s Fortnite, tinyBuild’s Hello Neighbor and Compulsion Games’ We Happy Few. Gearbox Publishing continues to remain committed to its mission to entertain the world and become the most developer-friendly publisher in the industry. Learn more at https://www.gearboxpublishing.com.

Save & Accept
Gearbox at PAX East: Risk of Rain 2, Bulletstorm for Switch, and More!
We Happy Few’s First DLC They Came From Below is Out Now